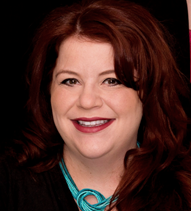 Stephany Marie-Aldridge Eckart is a native Oregonian and was born in Eugene.  She attended the University of Oregon for her undergraduate degree and graduated with a Bachelor's of Science with a focus in Political Science.  Before entering Willamette University College of Law, Stephany worked with at risk teen girls in Alabama and children affected by the events of 9/11 in upstate New York.  After graduating from law school she clerked for the Honorable Mary Ann Bearden at the Lane County Circuit Court before starting Eckart Wostmann, LLC with Ms. Wostmann.  In January of 2014, Ashlee Rochelle Wiese joined the practice, forming Eckart Wostmann Wiese, LLC.  Ms. Eckart's practice areas focus on family law, including restraining orders.  She is licensed to practice in the State of Oregon. She is also a member of the Lane County Bar Association and is co-chair of the Family Law Section of the Lane County Bar Association. In addition, she is a member of the the Oregon State Bar Association, the Family Law Section of the Oregon State Bar, the American Bar Association, and the Family Law Section of the American Bar Association.  Ms. Eckart is the mother of two wonderful daughters.

Attorneys in Eugene who Specialize in Compassionate Representation

Ashlee Rochelle Wiese is an Oregon native growing up in the small coastal town of Coquille.  She attended the University of Oregon for her undergraduate degree and graduated Phi Beta Kappa with a Bachelor's of Science. After college she worked for unions representing workers who had been treated unfairly by their employers. She then attended Gonzaga University School of Law and began her solo practice in Eugene upon graduating.  In January of 2014 Ms. Wiese joined the firm of Eckart Wostmann, LLC creating Eckart Wostmann Wiese, LLC.  Ms. Wiese's practice areas focus on employment and criminal matters, as well as appeals associated with those claims.  Ms. Wiese is licensed to practice in the State of Oregon, the Federal District Courts of Oregon and the Supreme Court of the United States.  Ms. Wiese is the mother of two wonderful children. 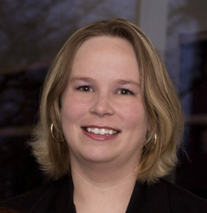 At Eckart Wostmann Wiese, LLC we've found that our clients truly appreciate the time and effort we put into every aspect of their case. Our attorneys in Eugene are here to listen to your needs and help you accomplish your legal goals in an efficient and cost effective manner.  We know that this can be the toughest time in your life, both emotionally and financially, and want to be your strongest ally during this time. 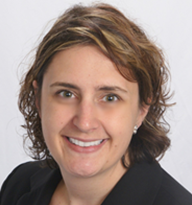 ​Lindsay Keele Wostmann was born and raised in Bend and has lived in Oregon all of her life.  She graduated from the University of Oregon with a Bachelor's of Science in Political Science.  Prior to attending Willamette University College of Law, Ms. Wostmann worked in the financial industry.  Upon graduating from law school, she went to work for a local Eugene firm that focused on consumer debts. After several successful years there, Ms. Wostmann decided to team up with Ms. Eckart and pursue her dream of running her own practice, which would ultimately become Eckart Wostmann Wiese, LLC.  Ms. Wostmann is licensed to practice law in the State of Oregon and the Federal District Courts of Oregon.  Her practice primarily focuses on family law and bankruptcy, but Ms. Wostmann is also available for representation in criminal matters.  She is co-chair of the Family Law Section of the Lane County Bar Association, as well as a member of the Oregon State Bar Association, the American Bar Association, and the Criminal Law Section of the American Bar Association.  She has two young sons and enjoys spending her free time with them, rooting on the Oregon Ducks, and traveling.